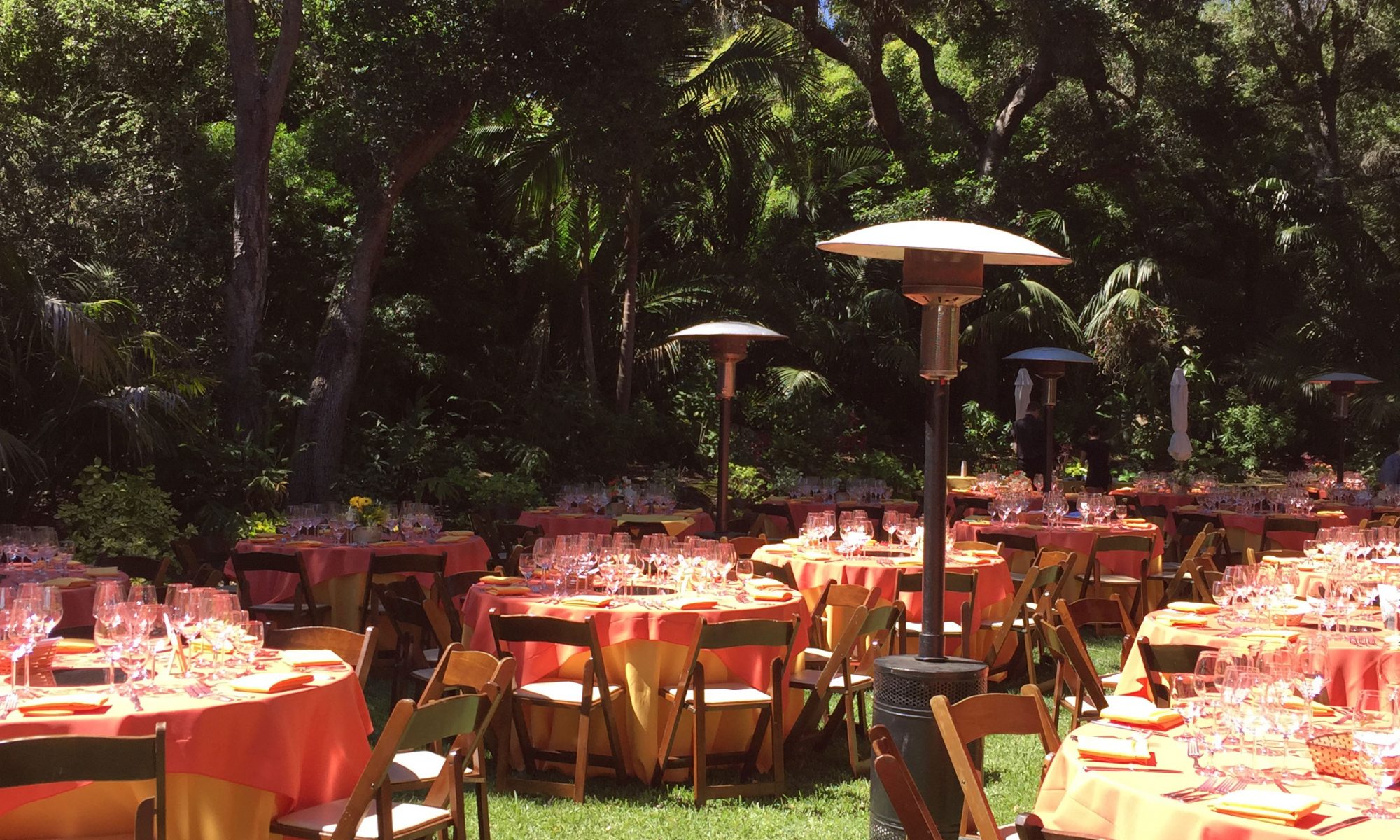 The history behind the story also known as…

Last Spring our keyboard & bass duo was invited to play a charity fundraising event held in the lovely gardens of El Mirador Estate, Montecito (pictured above). The 2017 theme was “California Dreaming” – they requested that we play as many CA themed tunes as we could – naturally Robert Kim Collins and I included a fair share of West Coast Jazz too. 😉

Once again I turned to musical friends and posted an inquiry on Facebook asking for tune titles specifically written about places in California. I also gathered ideas from my father Frank Denke’s album made for an insurance company in the 1950’s called, Melodies of California: 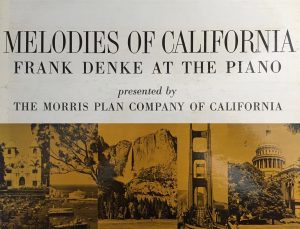 All in all, 30 song titles were contributed!  It was enough fodder to instantly weave the contributed tunes into the following musical story:

CALIFORNIA HERE I COME (Right Back Where I Started From)
Bob Takes The 101: A Road Trip Musical Story by Debbie Denke

I was GOING TO CALIFORNIA! Decided to take ROUTE 66 to San Bernardino, skip LAGUNA Beach and head over to LA LA LAND. Meanwhile WEST COAST BLUES was playing on my radio, and I tried not to think about how years ago I left my love in AVALON. But today,  L.A. IS MY LADY.  I LOVE L.A. – in fact, I LOVE YOU, CALIFORNIA! Gosh, the beaches are cool for surfin’ and the girls all get so tan, I wish they all could be CALIFORNIA GIRLS! Perhaps at night I’ll hit the clubs and dance the HOLLYWOOD WALTZ – HOORAY FOR HOLLYWOOD!

I shut off the radio, hummed a few bars of WHEN THE SWALLOWS COME BACK TO CAPISTRANO, and thought about doing some RELAXIN’ IN CAMARILLO. Maybe I could even stay at The HOTEL CALIFORNIA there… Originally I planned to get an early start the next morning and spend OCTOBER IN OXNARD (with a short drive up to SANTA BARBARA – maybe as far as GOLETA), but since I wasn’t very tired yet I decided to take the VENTURA HIGHWAY right then and there and travel up the coast. My eyelids began to feel heavy as I was doing some CALIFORNIA DREAMIN’ when a crazy downpour woke me out of my daze.

“IT NEVER RAINS IN SOUTHERN CALIFORNIA – What the heck??” I exclaimed. Immediately, I felt and heard a loud crunch!!!

Oh, no – it looked like I just rear ended THE LITTLE OLD LADY FROM PASADENA. She staggered out of her shiny super stocked red Dodge sounding disoriented.

“Are you going BACK TO OAKLAND, MILL VALLEY or ARE YOU GOING TO SAN FRANCISCO?” she asked. (The little old lady dramatically clutched her chest while adding, “Oh dear, I think I LEFT MY HEART IN SAN FRANCISCO!”)

“No, but DO YOU KNOW THE WAY TO SAN JOSE?” I shot back. IT WAS WORTH ALL THE GOLD IN CALIFORNIA just to be able to say that phrase to her.

“You think you’re so funny, Sonny Boy? My son’s a lawyer!”

That’s it. I’M NEVER GOING BACK TO CALIFORNIA.

The above story also can be turned into a musical Guess That CA Tune Game. Look under downloads on website debbiedenkemusic.com for the downloadable CA Here I Come tune list and CA Here I Come fill in story blanks.