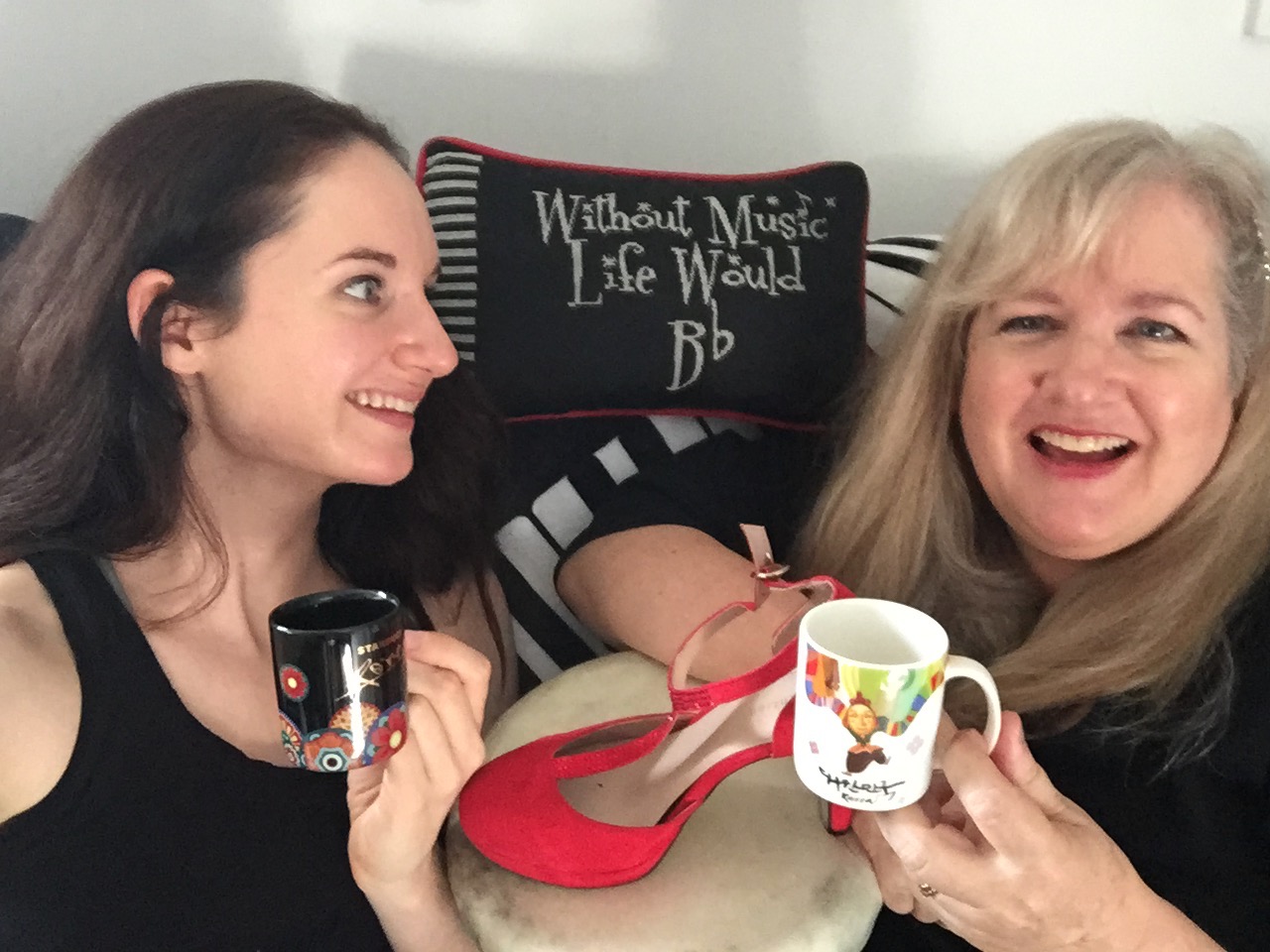 This quirky mambo/cha-cha mashup of 2 seemingly unrelated tunes had been buzzing inside my brain for a week. What would happen if I paired this Vincent Youmans 1924 classic with a Charlie Parker mambo, put them both in the same key, mashed the tunes together with a Latin Jazz Dance Beat, figured out how to create that groove for the solo pianist’s left hand while exploring the possibilites of how to utilize the range of the piano for a ‘hands on the keys bird’s eye view’ tutorial/demonstration, filmed with a gooseneck cell phone clamp attached to the music rack?

A quirky mambo/cha-cha mashup of 2 seemingly unrelated tunes Tea For Two/My Little Suede Shoes was born! I recruited a couple of family members to play light percurssion during this mostly solo piano video. It was my 2nd time filming a Youtube music video with my new gooseneck cellphone clamp, finding the device useful both for teaching online piano lessons and creating educational music videos.

I’d like to share a newly discovered filming tip! (If you saw my previous article you read how my piano students struggled to see the definition between the keys – a student who worked in the movie business suggested putting a scrim in the skylight above my Yamaha grand to help filter the bright light it cast on the keyboard during his noontime lesson.) We searched the house for a suitable filter, and found a black umbrella which Hubby stuck in the skylight, then precariously supported it by attaching it with tape to an extended mic boom stand. The only problem being, (besides me worrying that the apparatus might come crashing down on my head mid tune), was the white keys still looked blurry and intensly bright, my hands looked ghostly washed out, and the black keys appeared a blah fuzzy grey. The solution was easily solved however, when a google search advised tapping the postitioned iPhone first; then the contrast looked nice and clear. Problem solved!

So why put Tea For Two & My Little Suede Shoes together you may still ask? They both start with similar chord changes (I moved T42 to Eb so the two tunes would be in the same key), plus both compositions work well played with a Latin danceable groove. Technically a Cha-Cha is played using a more relaxed tempo – that dance was derived from a slower version of the Mambo – the tempo used here is within the Cha-Cha range of 120 beats per minute.

The intro was created using arpeggiated 10ths between both hands over the beginning chords to the medley. In my left hand I used similar patterns when I could over the Fmi7 – Bb7, threw in some broken octaves at times creating an almost disco-like beat, and used a device called a pedal point (repeating the 5th of the key center ‘Bb‘ as a bass note) to build the last A section of My Little Suede Shoes, closing with a triple threat ending. I tried to vary the range of my right hand, while staying fairly within the camera’s view of the keys:

If you feel tempted to dance while listening to this arrangement that’s a nice compliment!